We just got back from The Wizarding World of Harry Potter and it was the “best vacation ever!” according to my children so I thought I would share some (many) photographs and describe what it was like in case you want to plan a trip for your wizards (or muggles).

First, my 11 year old daughter is obsessed with Harry Potter. She has read and re-read every book many many times and all the other books that go along with it, like the Hogwarts Library. We had talked about going to Universal Studios last year but she insisted that we wait till she is 11 years old because Harry Potter went to Hogwarts when he turned 11. We got lucky because the second bit of the wizarding world called Diagon Alley opened earlier this summer. Let me back up a little if this is confusing, like it was for me!

There are two parks at Universal Studios. One is called Universal Studios and the other is called Islands of Adventure. You need separate tickets for both parks. The first bit of Wizarding World of Harry Potter is Hogwarts Castle and Hogsmeade and that opened a few years ago in Islands of Adventure. It is brilliantly done and the two rides there (Flight of the Hippogriff and Harry Potter and the Forbidden Journey) are marvelous, especially if you are a Potter fan. The second bit is called Diagon Alley and it is in Universal Studios. Diagon Alley opened earlier this year and has one ride called Escape from Gringotts. If you have read the books then you know Diagon Alley is in London. How do you get from London to Hogsmeade? Well of course you catch the Hogwarts Express from Platform 9 and 3/4 at Kings Cross. And that is precisely what they have done. You can go from Diagon Alley to Hogsmeade via the Hogwarts Express (also brilliantly done). But this would mean you need tickets to both parks. Hence the Park To Park ticket which allows you entry into both parks on any given day. Does that make sense?

The other really really clever thing they have done is the interactive magic spells that children can do with their wands. Well, if you have read the books then you know that the wand chooses you, not the other way around and you have to get your wands at Ollivanders wand store. So of course on the first day, the first thing we did was pop into Ollivanders and the girl’s wand’s chose them after making sure their wands performed magic spells. I planned the trip during a low crowd time of year so we were very lucky indeed to not have to wait in a queue for any of these things. I hear the line to get into Ollivanders in peak season can be over and hour or two and the likelihood of getting picked for the wand-picking is slim. With wands in hand, the girls were ready to do the over 30-40 spells all over Diagon Alley and Hogsmeade. Let me tell you, when you have a very organized and diligent child like my 11 year old you make sure you do Every Single Spell. Multiple times.

The Escape From Gringotts ride was our first ride and just so much fun. The nice bit is that they have a Single Rider queue and if you want to go on the ride over and over again(like my kiddo!) but the rest of your family is ho-hum about it , you go in that queue and you are ushered right to the front. The fire breathing dragon was fantastic, Gringotts bank where you can exchange US Dollars for Gringotts Money (accepted all over the park) was so clever. There were so many many many amazing details in all the shop windows. I am not much of a theme park person but I was gobsmacked at how well it was all done. My daughters had the time of their lives!

Of course both parks have other rides and such too and we did all of them. We especially loved the water rides where you get soaked after plummeting down a steep slope. I loved the Simpsons ride and my younger daughter got a huge kick out of it too. If you have any questions, let me know! We had 3 full days and one half day at the parks so I now feel I know much more than I did going in! I highly, HIGHLY recommend this vacation if you have a Potter fan in your life! They will love it and so will you!

PS : All photos from my phone. I didn’t take my big camera. I find it interferes with actually living in the moment for me. The camera phone allows me to let go a little bit about the technical details of photography. :) 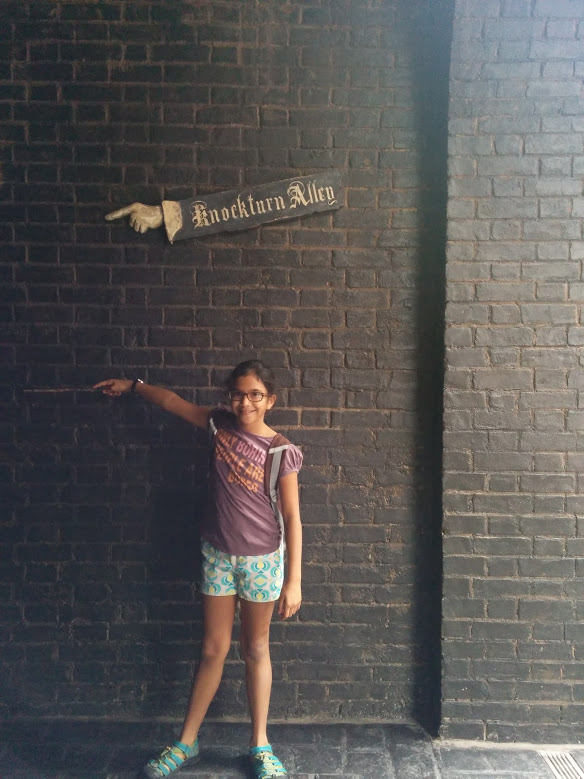 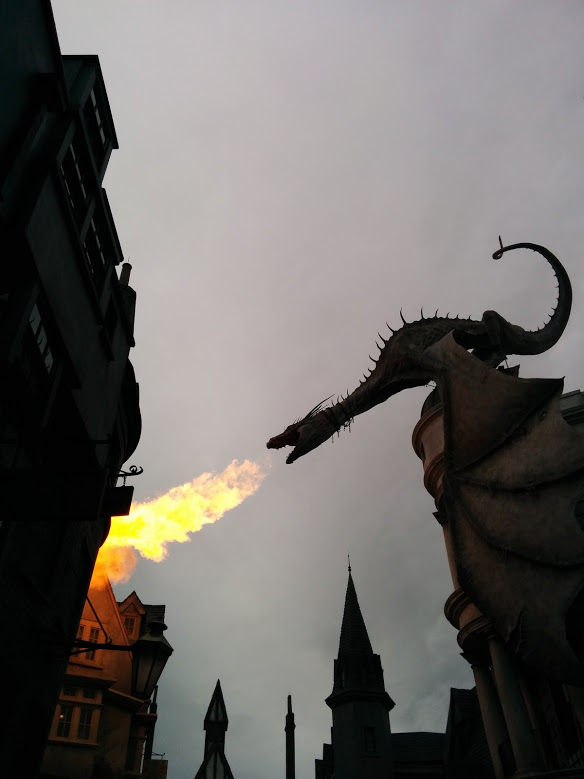 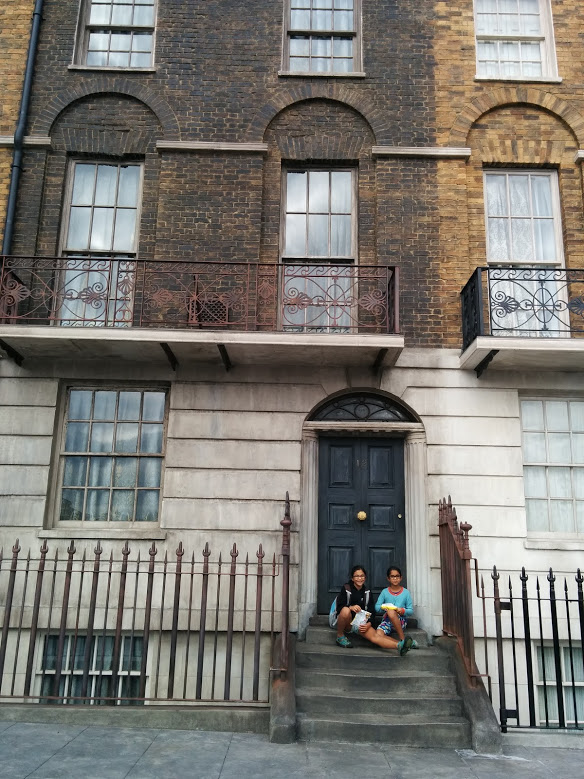